Australian Shepherds have a variety of jaw structure issues that result in misaligned teeth, called malocclusions. Breeders generally call them bad bites. There are several different defects that arise from improperly shaped jaws:

Overshot – the lower jaw does not reach the proper length in proportion to the upper, the shorter it is the greater the degree of malocclusion of the teeth. A very extreme overshot bite may be referred to as “parrot mouth.” Standards vary but very slight undershot bites may be deemed faulty but acceptable. Anything beyond what is specified in the breed standard(s) – 1/8 inch per

Wry – One side of the jaw has grown longer or failed to grow as long as the other, resulting in malocclusion of the teeth in the front of the jaw. Wry bites are not specifically addressed in the standards but in many cases are likely to result in a disqualification because some portion of the lower jaw will be longer or shorter than the upper.

Dropped center incisors – The two center lower incisors will be shorter than the others. Sometimes they will tip forward giving the illusion of a level or slightly undershot bite when viewed from the side. The ASCA standard does not address this and some dogs might be at risk of disqualification. The AKC standard states that loss of contact by dropped incisors should not be judged undershot if the bite is otherwise correct.

Level bite – Sometimes called an even bite, the incisors meet at the tips. The ASCA standard faults this, the AKC standard does not. It should be noted that a survey done in the 1980s found that a significant portion of the wild wolves sampled had level bites, indicating that the bite was not dysfunctional.

The mode(s) of inheritance for bad bites remain unknown. Because of the complexity of the jaw structure inheritance of bad bites is unlikely to be equally complex. It is clear that there is no single “bad bite gene” or even a separate gene for each kind of bad bite.

Bad bites are common in Aussies. This, in addition to their genetic complexity, makes them difficult to eliminate completely. However, breeders can lower the incidence of bad bites through selection. A dog with a bite that is undershot, disqualifying overshot, or wry should not be bred. Do not repeat breedings that produce these defects 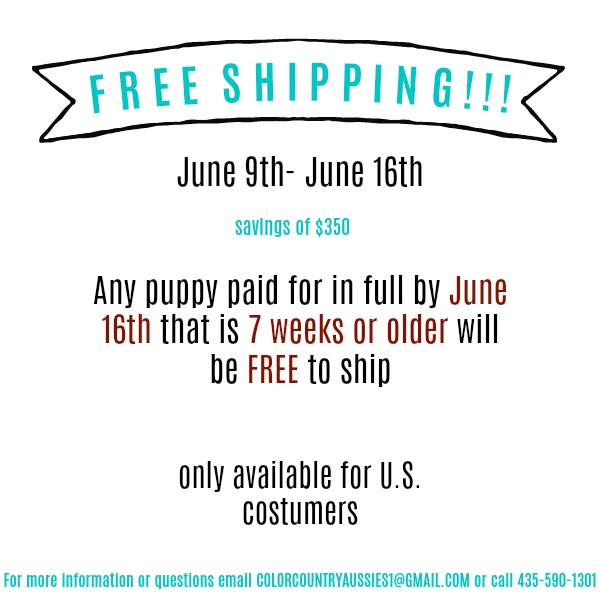